Coronavirus: were science and statistics overruled by fear? 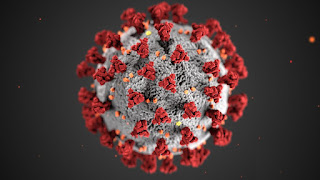 A crucial lesson for students in science and statistics is that correlation does not necessarily equate to causation (Thapa, Visentin, Hunt, Watson & Cleary, 2020). To consider a relationship between two variables as causative could lead to absurd conclusions. For example, the extent of damage caused by a fire correlates with the number of attending fire engines and firefighters. Obviously, it would be ridiculous to interpret this as evidence that less intervention by the fire brigade would lead to less destruction, and to act on such flawed logic accordingly. Clearly a large building in flames needs more hands to the pump.
The coronavirus crisis has exposed basic errors of numeracy and reasoning not only in the scientifically and statistically naive general public but also among experts. The impact of drastic decisions, made on dubious rationale, may endure for years if not decades. Global and national economies and health services may be harmed not so much by the virus itself, but from reaction to the virus. Here, we present some widely perpetuated and persuasive myths about the coronavirus outbreak.
1. Covid-19 is an unprecedented pandemic
Covid-19 has frequently been compared to the Spanish influenza outbreak of 1918-1919. But the death toll from Covid-19, just over 252 thousand at the time of writing, is 198 times smaller than the 50 million toll of Spanish flu. Mortality appears to be similar to that of seasonal flu epidemics, at around 0.1 to 0.3% (unlike the 3.4% rate suggested by the WHO in March). Although the daily and cumulative death totals are alarming, in 2014 almost 29000 died in England from a winter flu outbreak (Office for National Statistics, 2015), like the number dying from Covid-19 but with minimal public or media attention.
Misleadingly high death rates were reported in the media, based on a dubious denominator of cases, which depended on the amount of testing. The numerator of deaths may also be inconsistently measured; dying with the coronavirus is not necessarily the same as dying of the coronavirus. While in some countries cause of death was recorded as Covid-19 only if the person had been tested and died primarily from this disease, in other countries deaths were attributed to the virus without firm evidence. In the USA, hospitals receive higher payments from the government for Covid-19 deaths (Creitz, 2020).
2. The whole population needs protection
The Spanish flu targeted fit and healthy younger people; American troop ships arriving in France in 1918 were like floating coffins (Hasley, 2018). Covid-19, by contrast, mostly spares children, who are hardly affected by the disease and do not appear to transmit it. Most fit adults do not get seriously ill from Covid-19. Data from Iceland showed that 50% of cases were asymptomatic (Tara, 2020).
The profile of fatalities from Covid-19 is consistent: most are frail, old or have a major chronic condition such as diabetes mellitus (type I) or cardiovascular disease. Such people are more likely to contract an infectious disease that has become endemic in society, because their immune system is compromised. The death rate of those aged over 80 and 70 are estimated to be ten times higher and five times higher than the mean, respectively (Cuffe, 2020).  To put the numbers into perspective, consider a town with a population of 10000. On a national rate of deaths per million of 500, this town would have had five deaths (perhaps three in hospital, two in care homes). Most inhabitants would not know anyone personally who had perished.
Clearly it was sensible to protect vulnerable people from the virus, by minimising contact with others while the virus was spreading. However, most European governments went far beyond protecting the weakest members of society.
3. Lockdown saves lives
The evidence for the lockdowns imposed in European countries and states of the USA is contentious. The rationale was to reduce the rate of transmission per person (R). But, as well as unavoidable transmission within households, lockdown probably increased multiple occupancy, as young people returned to the family home after being unable to study and work. In Italy, hundreds of thousands of people fled from northern cities to other parts of the country prior to the declared lockdown, unwittingly taking the disease with them. The only way to operate a lockdown effectively would be to isolate each person, which would be practically impossible.
In the UK, mortality reached a peak five weeks after lockdown was imposed. According to pathologist John Lee (2 May 2020), mass immobilisation of the people reverses the natural progress of a virus towards milder symptoms. The evolutionary purpose of a virus is to survive. A virus spreads wider if it infects active people with mild symptoms.
Lockdown has disrupted the normal operation of healthcare systems, with planned surgery postponed and screening for serious diseases such as cancer reduced or stopped. This will cause major collateral damage. In the UK, the slogan ‘Protect the NHS’ (National Health Service) deterred people from going to hospital when sick, and this combined with fear of infection resulted in emptying of wards. A rise in suicide has been predicted, particularly in socially isolated people with severe mental health problems (Hammond, 2020). Lockdown has increased domestic violence (Home Office, 2020). Furthermore, shutting down most businesses will have devastating effects on the wealth-generating parts of the economy, on which health service funding depends.
Was this a necessary evil? The country receiving most attention for keeping its schools and businesses open is Sweden (Moore 2020), but Japan also maintained life as normal. To justify taking this risk, these countries would need to show mortality rates not substantially higher than in lockdown countries. In fact, they have had lower mortality, as shown in Table 1.