Voluntary stopping of eating and drinking (VSED) is a way to end life prematurely. People who choose this path are able to make decisions, are able to eat and drink and are neither cognitively impaired nor suffer from mental illness. They decide to follow this path in order to end unbearable suffering that cannot be alleviated despite medical progress. Aware of the phenomenon, VSED was included as a controversially discussed option in 2018, when the guideline of the Swiss Academy of Medical Sciences "Dealing with Dying and Death" was updated. The guideline is trend-setting for health professionals. However, it was unclear what relevance VSED has in Switzerland. For this reason, the objectives of this study were to assess the incidence of VSED in long-term care and to gain insights into the attitudes of long-term care nurses about the VSED. Heads of Swiss nursing homes (535; 34%) took part in an online survey on this subject. The results could show that almost every second institution among the participants has already accompanied a VSED case. Moreover, among all persons who died in Swiss nursing homes in 2016, 1.7% are due to VSED. Participants' overall views on the VSED are very positive, whereas it is assumed that it is a phenomenon of old age. Professionals still lack sufficient knowledge about this phenomenon, which could be clarified through training.

The colour of your skin may influence your pain relief 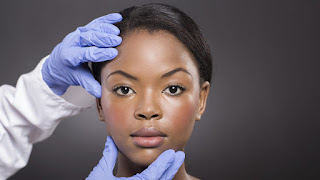 The colour of your skin may influence the extent to which you obtain pain relief from a health professional. This is reported in a systematic review by Aronowitz et al (2019) from the USA titled: 'Mixed Studies Review of Factors Influencing Receipt of Pain Treatment by Injured Black Patients'.

The authors concluded: 'Racial disparities in pain treatment are clearly unjust and can understandably sow mistrust in healthcare providers among individuals in communities harmed by these disparities, which can lead to an avoidance of care. The results of this review provide important areas for further study, including how intentionality of injury may impact provider-perceived patient trustworthiness and the receipt of pain treatment by injured patients. The assumed criminality of certain populations, particularly people of color, can negatively impact the way people are treated by law enforcement, potential employers, healthcare providers, and the general public. How the assumed criminality of certain patients by providers may impact the quality of care that these patients receive has not been thoroughly explored, but is vital to address healthcare disparities.