As those who have developed and evaluated a variety of language versions of the London Measure of Unplanned Pregnancy (LMUP), we welcome Drevin et al.’s (2017) new evaluation of the LMUP. Drevin et al. compare a translated Swedish version of the LMUP with a single question named the “Swedish Pregnancy Planning Scale” (SPPS). This asks (in Swedish) “How planned was your current pregnancy?” with the response options “highly planned”, “quite planned”, “neither planned nor unplanned”, “quite unplanned”, and “highly unplanned”. They make the surprising admission that, without cognitive interviews, they do not know how women interpreted the question so a key aspect of validity is unknown. Given previous work about the variability of understanding of terms such as “planned” (Barrett and Wellings, 2002) this seems a high risk measurement strategy.

Drevin et al. state that “pregnancy planning is a concept that is difficult to measure due to the complexity of the concept” (2017, p.2). They continue this argument throughout their background section, thus seeming to suggest the need for a latent-trait model of measurement, i.e. that the concept is not easily observable and is hard to measure with a single question. Yet this is exactly what they propose. A single question of a latent construct is inherently prone to greater measurement error than a multi-item validated measure. Many of the tests of reliability and validity which the authors applied to the LMUP simply cannot be applied to the SPPS.

We have some concerns with how the evaluation of Swedish LMUP was conducted. The steps in the translation/cultural adaptation and evaluation of psychometric measures are well established. The authors report the translation and back translation of the LMUP, but no cognitive testing was carried out. Furthermore, the sample was based on women recruited via antenatal clinics, which (by omitting those with pregnancies ending in abortion) means that a portion of the construct (the less planned end of the pregnancy planning continuum) was poorly represented. This may be significant given that analyses based on Classical Test Theory (as these are) may be affected by the range of the construct contained within the sample. Certainly, the authors report a strong left skew to their LMUP scores (towards the more planned end of the spectrum). Unusually, the authors reported the split-half reliability of the LMUP items (items 1-3 vs items 4-6); Cronbach’s alpha is normally reported as it is the average of all possible split-half coefficients. It would also have been useful if the authors had reported the item-rest correlations and the range of the inter-item correlations, as this would have given more detail on the internal consistency of the Swedish LMUP. The authors reported Spearman’s correlation coefficient for test-retest reliability; weighted Kappa should have been used given it is a measure of agreement rather than correlation (i.e. if all scores had risen by one point in the re-test the correlation using Spearman’s coefficient would have been excellent, though the agreement would not have been).

Drevin et al. are disingenuous when they say that the LMUP “has previously not been psychometrically evaluated using a method that tests the fit of the pre-specified London Measure of Unplanned Pregnancy model” (2017, p2). In fact, the LMUP has been psychometrically validated, including using methods that test the fit of the pre-specified LMUP model, in ten language versions across eight countries (LMUP publications, 2018) with further studies underway. While confirmatory factor analysis may not have been done previously, the unidimensionality of the LMUP items has been assessed in all psychometric evaluations except one by means of Principal Components Analysis or Principal Axis Factoring. These are methods in the exploratory factor analysis family, often used in a hypothesis testing role and used appropriately with new translations. Running a confirmatory factor analysis on the second field test of the original UK development and evaluation study produces the following standardized factor loadings: item 1, 0.62; item 2, 0.88; item3 – 0.93; item 4 – 0.90, item 5 – 0.86; and item 6, 0.68; with good model fit (CFI, 0.99; SRMR, 0.01; RMSEA, 0.07, 90% CI 0.04 to 0.09). Unsurprisingly, the factor loadings are extremely similar to those produced by the principal component analyses in the development study and subsequent evaluations, confirming what we already know about the fit of the LMUP. The authors also make much of their finding of “item reliability”, including it in their key findings. Again, this is unusual. The “item reliability” is the square of the standardized factor loading in the confirmatory factor analysis, rarely reported because it is implied by the factor loading (which the authors present in table 2). The authors did find that all six LMUP items were measuring one construct (i.e. fitting the pre-specified unidimensional LMUP model) but they did not include this in their key findings.

On the basis of their confirmatory factor analysis, Drevin et al. recommend removing one, and possibly two, LMUP items, both of which measure behaviour. Whilst revision of established measures does happen, one has to consider how these changes relate to the underpinning qualitative work/conceptual model and, in this case, the contribution of the behaviour items to content validity, despite their lower statistical coherence. Indeed, the authors could have carried out sensitivity analyses relating to these items, as has been done in previous studies. These analyses have supported retaining these items given that they do not affect the performance of the scale overall and because there are good reasons for the performance of these items, such as reflecting unmet need for contraception or low awareness of preconception care, which may change over time and can be detected using the LMUP.

Drevin et al. conclude that researchers should use the SPPS rather than the LMUP. We believe that researchers, however, should be aware of the limitations of this single question, some of which we have detailed here, and, in contrast, the body of work that underpins the LMUP, particularly that the LMUP meets internationally accepted standards of psychometric validation (U.S. Department of Health and Human Services Food and Drug Administration, 2009; Mokkink et al, 2010a, 2010b; Reeve et al, 2013) whereas the SPPS does not. 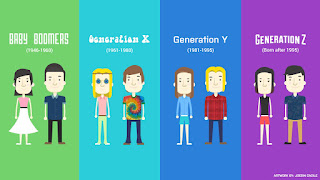 Are there differences between the generations amongst nurses when it comes to coping with the job? It appears that there may be according to a recent study from Finland and Italy. An article entitled: 'Workplace-related generational characteristics of nurses: a mixed-methods systematic review' by Stevanin et al and published in JAN reports the study, the aim of which was to: 'describe and summarize workplace characteristics of three nursing generations: Baby Boomers, Generations X and Y'.

The study reviewed 33 published studies a looked at: job attitudes, emotion-related job aspects, and practice and leadership-related aspects. Baby boomers reported less stress than generations X and Y but greater intention to leave than generation X. In conclusion the authors state: '(a)ccording to the findings, some intergenerational differences and similarities have emerged on the part of nurses in current workplaces' and '(n)urse leaders’ education also should develop the ability to understand and support clinical nurses with different generational traits, as well as to manage multigenerational workforces effectively.' 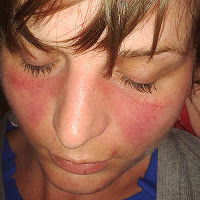 According to NHS Choices: 'Systemic lupus erythematosus (SLE) – lupus – is a long-term condition causing inflammation to the joints, skin and other organs. There's no cure, but symptoms can improve if treatment starts early. The aim of this study from Denmark was to: 'explore from the perspective of women the nature of basic existential conditions while living with systemic lupus erythematosus'. The study findings are reported in an article by Lisander et al. (2018) titled: 'The Existential Experience of everyday life with Systemic Lupus Erythematosus' and published in JAN.

Fifteen women diagnosed with lupus were interviewed and it was clear that this was an episodic condition which when  it 'was flaring, well-being was threatened and a laborious time to escape the feeling of a setback-in-life persisted long after the disease was medically under control'. One woman said: '(t)o live with it and

to avoid it dominates everything. Because it affects your everyday life...' while another described how good life could be without it but said : '...I know if I suddenly get something. Then everything is on at a standstill again and it takes time before I resurface'. Women reported losses, such as a career: 'It has to do with replacing the loss, if you can put it that mundanely. The loss was a working life. It took me many
years to accept that I would never be engaged within my profession again'.

The authors concluded: 'Generally, the findings underscore the importance of policy makers and healthcare professionals being aware of and acting according to the influence of chronic illness on life, the changes that  occur in life and especially chronically ill patients’ unique needs for care and support from diagnosis and onwards',