Adjusting to being a nursing student - does alcohol help? 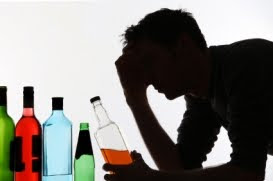 Being any kind of student is not easy, especially at the start of your course. Often you have moved away from home, you are entering an unfamiliar situation and all of this may be compounded by the difficulty of the programme and financial worries. Self-doubt sets in. Nursing students experience all of this and more as they have the added dimension of having to cope with clinical work and there has never been a nursing student who wondered if and how they were going to cope.

A study from Ireland by Horgan et al. (2016) titled:'Depressive symptoms, college adjustment and peer support among undergraduate nursing and midwifery students' and publised in JAN aimed to: 'to identify levels of depressive symptoms, social and personal college adjustment and peer support among nursing and midwifery students.'  Over 400 students were involved in completing a standard and validated set of instruments and the investigators looked at the relationship between what was measured.

All the key measures in the study were related: depressive symptoms, social adjustment, personal adjustment and peer support.  The quantity of alcohol the students consumed was related to depressive symptoms but not in the way that may be expected; those who consumed more alcohol appeared to be less depressed. However, the effect of this alcohol consumption had on academic performance was not studied and the authors were not advocating the use of alcohol.  Furthemore, other studies have shown contradictory results.

The authors concluded: 'Poor mental health of nursing and midwifery students may impact on both academic and clinical performance. As such, strategies need to be put in place to support healthcare students in striving toward positive mental health and well-being. These students are the future of the healthcare system and it is important that they are able to monitor their own mental health and seek treatment when needed.


I recently read the Almost et al. (2016) review regarding mitigating conflict in the healthcare arena, and I would like add an additional perspective. I was an ICU nurse for eight years, but have been a facility educator for the past two. I have dealt with serious conflict resolution several times in my career (with varying degrees of success), and I am always looking for new ways to manage conflict. Of course, conflict resolution is an important aspect of leadership because there will always be dissenting opinions and unpopular viewpoints that will need to be integrated into the team.

Yi (2016) recently completed a quasi-experimental investigation to measure the impact of team building exercises on young healthcare professionals. They emphasize the importance of formal training with regards to team building in order for healthcare professionals to improve communication and therefore mitigate conflict. My facility recently mandated biennial training from the Crisis Prevention Institute (CPI) and we are hopeful we will see similarly decreased conflict in our facility as well. It is my suggestion that your readers should also advocate for a formalized team building training program if they are serious about taking further action to mitigate these obstacles.

i-Robot in the nursing home

As explained by the authors: 'The aim of this study was to investigate effects of robot-assisted group activity with Paro on quality of life in older people with dementia'.  The control group received treatment as usual while the intervention group had two 30 minute sessions of activities with Paro twice weekly for 12 weeks.  Quality of life and use of psychotropic medications were measured as outcomes.  The study was carried out in nursing homes (NH).

Quality of life was maintained in the intervention group while it deteriorated in the control group and less psychotropic medication was used by the control group.  In the words of the authors: 'Pleasant and engaging activities, such as group activity with Paro could improve QoL. We believe interaction with Paro in group sessions to be an accessible non-pharmacological activity in NH facilitated by nursing staff. Activity with Paro seems to be especially suitable for NH residents with severe dementia to maintain QoL and nursing staff should particularly focus on engaging this group, often challenged by apathy and withdrawal.

You can listen to this as podcast