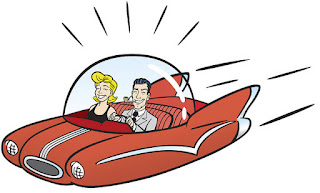 When I was very young - and even in 1975 when the lecture by Peggy Nuttall on which the paper is based was delivered - the year AD 2000 was one when we would have solved most of the problems of humanity; cars would fly and we would be able to communicate by speaking to our wristwatch. The 'crisis' in the UK National Health Service (NHS) referred to by Nuttall would no longer be an issue as economic and social progress would be such that we could look back over 25 years and laugh at our ignorance.  Well, how wrong was that assessment?  In fact, of the three things mentoined above only one has been achieved: we can speak to people via our wristwatches!  But the NHS remains in crisis and cars seem to be as dependent on tarmacadam roads as they were then.  I learned a great deal from Look and Learn magazine but I think it raised my hopes too much.

I urge you to read this excellent and prescient piece and tick off the issues which Nuttall identifies will be relevant in AD 2000: chronic ill-health; immigration; primary healthcare; retention of nurses in the workforce; the effect of night-shift working on nurses.  All of these are issues now and, while she did not refer to non-communicable diseases or global health, you feel that she could see how these would be issues in the next century.  She also points to the internal strife in nursing, that was evident then and it is evident now.

I think that this JAN classic paper from the first volume indicates the quality of some of our nursing leaders at this time, to whom we probably owe the survival of and the progress made by our profession.  It also demonstrates the vision of Founding Editor Dr James P Smith who ensured that JAN was reflecting the very best thinking about the situation of and the future of nursing; in this case 25 years on.

* Peggy Nuttall was Vice Chairman, Royal College of Nursing, London and this was an address, the First Battersea Memorial Lecture, on 7 November 1975 to the Association of Integrated and Degree Courses in Nursing
No comments: 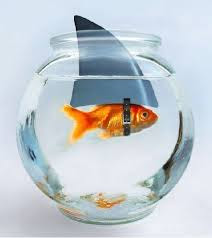 I recall, having been deemed fit to manage the ward, having the keys to the ward slid along the floor to me by the charge nurse as she was going off the ward to dinner and her saying 'you're in charge'; I was a final year student nurse and it was my first time and - yes - I felt like an imposter.  Surely someone else should be doing this and not me.

This article from New Zealand, Australia and the UK by Christensen et al. (2016) titled: 'Do nursing students experience Imposter Phenomenon? An international comparison of final year undergraduate nursing students' readiness for registration' and published in JAN looks at the Imposter Phenomenon in nursing students.  The aim of the study was 'to examine the extent at which imposter phenomenon is evident in four final year nursing student cohorts in Australia, New Zealand and the UK.'  Over 200 final year nursing students were invovled and completed two questionnaires: one about preparedness to work as a nurse; and one about fear of not being able to perform properly.  The results suggest that 38.5% of the sample could be classifed as 'imposters'.  While the reasons for imposter feelings were not clear the authors conclude: 'nursing students report internalized feelings which suggest their performance and competence once qualified may be compromised' and 'it is recommended that educational programmes designed for this student cohort should be mindful of this internal conflict.'

In the first volume of the Journal of Advanced Nursing, author, researcher, theorist, and educator Reva Rubin wrote: 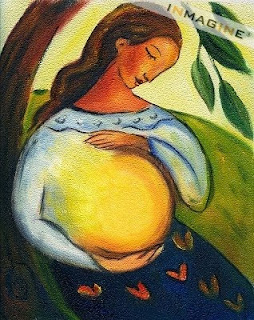 Rubin, whose work often seems overshadowed by that of her student, mentee, and fellow theorist, Ramona Mercer (i.e. Mercer & Ferketich 1990), introduced the concept of Maternal Role Attainment in the late 1960’s. She described the maternal role as a complex cognitive and social process that is learned, reciprocal, and interactive. Rubin developed her theory through a series of case studies over her many years as nurse and teacher. She observed how mothers used their senses to become familiar with their infants. She was an early proponent of “rooming-in” and other strategies to keep mother and baby together after birth. As a nursing student in the 1970’s, I remember reading, discussing, and applying Rubin’s work to my clinical practice.

But times change and theories, and ideas, go out of style and use. And in fact, much has changed about what we know happens physically, psychologically, and socially to women during pregnancy. We know much more than we did about how a woman’s well-being affects the fetus and her child. We know that what happens during pregnancy, and even before pregnancy, can have long-lasting effects on both mother and child.

Poor pregnancy outcomes throughout the world continue to exact a toll in terms of prematurity, congenital illness, and lifelong risk for poor health. So, we might be wise to rethink Rubin’s “tasks” as important to the repertoire a pregnant woman needs in order to traverse the gap to motherhood. As a nurse long interested in promoting healthy birth outcomes, this re-reading of Rubin’s paper from 30 years ago has given me fresh ideas about ways to facilitate the work of maternal role attainment. For although the language and yes, some of the ideas need refreshing, most certainly the general notion that promoting maternal health and well-being will lead to improved health and well-being for the world’s children will never be out of style.

It's not only patients who suffer in emergency care

When I first read the title of this article when it arrived in manuscript form I assumed it referred to patients but then realised it referred to nurses and the effect that working in emergency care can have on them.  And it makes sense.  I always consider emergency nurses as a relatively robust bunch.  I have to confess - as a nurse who formerly and exclusively worked with older people - that emergency care never appealed to me and my very brief encounters with it as a student and in the army left me a quivering wreck...and nothing even happened.  Imagine if it had.

This article from Scotland by Morrison and Joy (2016) titled: 'Secondary traumatic stress in the emergency department' and published in JAN aimed to 'To investigate the prevalence of secondary traumatic stress among emergency nurses in the West of Scotland and explore their experiences of this.'  It used quantitaive and qualitative methods and studies 80 nurses in 4 hospitals.

The results are alarming in that 75% of nurses reported recently at least one secondary traumatic stress (STS) symptom and 39% could be classified as suffering from STS.  The work shows some similarrity and some differences from previous work on the same phenomenon in the USA.  Acknowledging some limitations of their work, the authors conclude: 'Further research is required to corroborate these results and findings and develop the evidence base further, with particular regard to the effects of STS among Emergency nurses of differing levels of experience and the impact of this on the provision of quality patient care.' 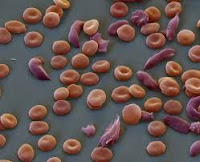 According to the US National Heart, Lung and Blood Institute: 'The term sickle cell disease (SCD) describes a group of inherited red blood cell disorders. People with SCD have abnormal haemoglobin, called haemoglobin S or sickle haemoglobin, in their red blood cells.' Sickle cell disorder leads to crises whereby the small blood vessels in the body become occluded leading to extreme pain in several areas of the body. Such crises require hospitalisation. While understanding of the condition and treatment has improved, sickle cell disorder is life-limiting and in some parts of the world is an economic and family burden. 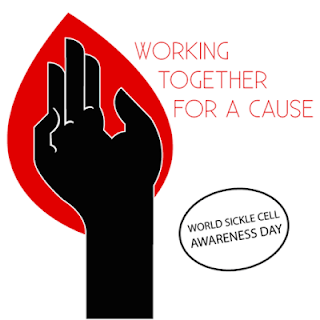 The condition is unequally distributed geographically with populations of sub-Saharan and African origins being affected more commonly. In some communities, due to the recessive nature of the gene for sickle cell disorder, consanguineous (mainly cousin) marriage is responsible for the prevalence of the disorder.

World Sickle Cell Day is on 19 June and JAN is marking this with a Special Section on sickle cell disorders. These six articles were published in the June issue and covered in an editorial by Diana Wilkie, University of Florida USA.

You can listen to this entry as podcast.
No comments: