Seen the JAN app yet?

Ever wished you could read JAN 'on the move' on your iPad or iPhone? Well, now you can. A link to the JAN app is available on the JAN webpage.

The app is free to download and the full text of the articles from Early View through to those in issues of JAN can be accessed if your have a personal subscription or your institution has a subscription.

What does the JAN app do?

Speaking only from the iPad perspective - and I welcome comments on the blog from users of other platforms - the app appears in your Newsstand and appears as a facsimile of the familiar JAN cover. Opening the app reveals a selection of options: Early view; Issues; and Saved articles. There is also a tool for selecting the appearance of the articles and an information button. Accessing issues and Early View articles is intuitive and easy. Early View articles are available to read immediately and issues have to be downloaded. If you see an article you like and want easy access to it in future, there is a star to the left of the article which you can press to save it.

A pan-European study of dementia by a stellar team of European researchers from the UK, Netherlands, Finland, Sweden, Germany, Estonia and Spain titled 'Predicting institutional long-term care admission in dementia: a mixed-methods study of informal caregivers’ reports' has recently been published in JAN. The study is published on behalf of the RightTimePlaceCare consortium.

The study by Efram et al. (2014) had two aims, to investigate agreement between:

The investigators wanted to know if informal carers were a reliable source of information on whether of not an older person with dementia in their care required admission to long-term care. The results were promising; in the words of the authors: 'Informal caregivers can be considered reliable sources of information regarding what causes the admission of a person with dementia. Professional care should anticipate informal caregivers’ statements and collaborate with them to strive for timely and appropriate admission.' 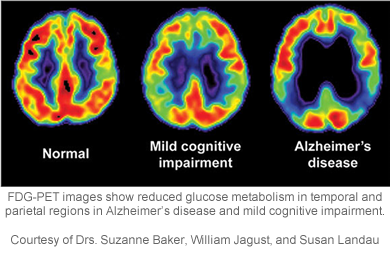 The era of the ‘expert patient’ is here and, while we often articulate the need to listen to patients and may emphasise the importance of mutual support groups, we still see ourselves - nurses - as the primary source of information for patients. After all, we’ve learned about the conditions we manage, we’ve seen hundreds of patients with the condition, we’re up to date with the latest in evidence-based practice and we know where to get information quickly and copiously. We often forget - and I recall no incidence from my clinical experience - that the expert is often sitting next to our patient…and it’s not us; it’s the other patient.

A recent Danish study by Andersen and Birkelund (2014) titled: ‘A companionship between strangers – learning from fellow cancer patients in oncology wards’ and published in JAN reports a study of how hospitalised patients with cancer can learn from each other. The study was use participant observation and interview. The 85 patients, who had a wide range of cancers and reasons for being hospitalised, reported several aspects to what could be learned from other patients from continuing to fight the disease through to acceptance of the inevitable.

In the words of the authors: ‘Learning from exchanges of experiences with fellow patients provided a better understanding about the disease and was valued because it was first-hand knowledge. Patients’ personal experience of disease is an underused resource in nursing’.

Nurse turnover is costly and inconvenient

An Australian team led by Christine Duffield from the University of Technology, Sydney has published a study titled 'A comparative review of nurse turnover rates and costs across countries' in JAN.

Nurse turnover is expensive for health services in terms of both a loss of investment and the costs involved in hiring and investing new staff. It can also represent staff dissatisfaction with their workplace. High turnover and the subsequent vacancies and the need to integrate new staff can lead to further dissatisfaction.

The study by Duffield et al. (2014) is a review of the evidence on turnover from Canada, New Zealand, USA and Australia. The study recognises the variability in reporting turnover across the world and, from my own work in the area, I know that there are different definitions of turnover. Therefore, the study included only studies using a method called the Nursing Turnover Cost Calculation Methodology. Four papers were reviewed and they showed that Australia had the lowest turnover rates whereas New Zealand had the highest. What contributed towards costs differed across countries. In their own words the authors concluded that there is a: 'need for a minimum dataset to define and measure turnover across departments, hospitals, states and countries. In addition, a greater focus on nurse retention is suggested as findings indicate that a significant proportion of turnover costs are attributed to temporary replacement.'

There has been considerable interest in the relationship between issues related to childbirth and personality, much of it published in JAN (Brown 2014, Kenney & Bhattacharjee 2000, Wiklund et al. 2009) in recent years. This trend continues and a paper by Harville et al. (2014) titled 'Personality and adolescent pregnancy outcomes' investigates how personality factors measured using the ‘Big Five’ NEO-FFI personality inventory and published in JAN reports the following results (in the authors’ own words):

I’m pleased to let you know that JAN now uses Altmetric, a service which measures the impact of journal articles in traditional and social media. On Wiley Online Library, you will now see an Altmetric score for each article, and clicking on this opens up a display showing how the score breaks down.

This is a great new development on Wiley Online Library and will help authors and readers join in online conversations about articles. Authors and readers can also opt to be alerted each time there is an online mention of a particular article.

See this article on the Wiley Exchanges blog which explains:

Alternative metrics or ‘altmetrics’ track data derived from online activity and discussions about individual scholarly papers, from social media sources (Twitter, Facebook, blogs, etc), the mainstream media (newspapers and magazines), online reference managers such as Mendeley and CiteULike, to public policy documents (such as those published on health and climate change).

Altmetric monitors these sources for mentions of scholarly articles published in Wiley journals and reports back at the article level. Articles will display a score indicating the quality and quantity of attention that the article has received. This score is based on three main factors: the number of individuals mentioning a paper, where the mentions occurred, and how often the author of each mention talks about the article. Users clicking on the Altmetric ‘badge’on Wiley Online Library will reach a data page displaying the score and the detail behind it, for that article.

Are you using the JAN app?

Have you seen the JAN app?

The JAN app is available on iTunes and allows you easy access to the contents of JAN on your iPad and iPhone.

Here are the facts:

From student to staff nurse

My transition to practice took place when, soon after registration, the Charge Nurse slid the keys to the
ward along the floor to me as he was leaving for lunch saying something like ‘over to you’… and that was it! With greater awareness of cross-infection I hope we don’t slide keys along the floor these day – although I used to like doing it too – and I also hope that new Staff Nurses are better prepared for their role. Possibly, we were more ready in my day; we were employees of the hospital and attending the School of Nursing in the hospital and seen very much as part of the establishment of the wards we were working on. Possibly, but that is speculation and, of course, we did not do any more clinical practice in those days than students do now.

A systematic review by Missen et al. (2014) titled ‘Satisfaction of newly graduated nurses enrolled in transition-to-practice programmes in their first year of employment: a systematic review’ and published in JAN considers the evidence for the effectiveness of programmes specifically designed to ease the transition of nursing students into practice. The review looked at evidence in nurses qualified less than one year between and including 2000-2012, a period during which more attention has been paid to the issue and also against a background of high turnover of nursing students and also attrition.

The results of the review are promising; there is evidence that transition-to-practice programmes improve the job satisfaction of newly qualified nurses and some evidence that this has a positive effect on turnover. However, there is no standard length of delivery of programme and, while the length of the programme was not relevant, it is not known what the optimum length of such programmes is; something that anyone budgeting for their provision will want to know. As usual, further research is needed but this review provides a foundation for future studies and, we hope, further publication.