Sexual expression in people with dementia 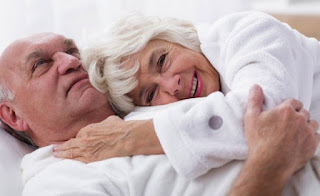 The authors surveyed over 2000 staff in over 150 nursing homes in Spain by presenting a vignette of situations with older people with dementia in sexual situations and asking 'What do you think most of your colleagues would do in this situation?' Unsurprisingly, such situations were viewed as problematic, especially if only one partner had dementia. Older and more experienced respondents were less supportive of such sexual activity. Likewise professional and senior staff were less supportive than care assistants.

The authors concluded: 'this study adds to the body of knowledge on long-term care facility staff practices regarding the management of sexual relationships involving persons with dementia, by highlighting the lack of a consistent and prevailing supportive response to this activity and also the high frequency of restrictive practices particularly when just one person with dementia is involved' and 'providing staff with clear guidelines regarding the management of specific sexual situations might be particularly useful.'


Abuzor, Lewis, and Tull (2018) have provided a much-needed comparative analysis of the different clinical reasoning processes used to support the prescribing decisions of pharmacists and nurses working in advanced clinical roles. Their main findings, namely that clinical reasoning is contextually dependent upon clinicians’ experiential and theoretical knowledge has resonance with a previous comparative study of the clinical decision-making processes of nurse practitioners and medical doctors I contributed to (Thompson, Morley, & Barratt, 2017). In that study, in contrast to the findings of Abuzor, Lewis, and Tull (2018), it was highlighted that both groups of professionals had similar approaches and cognitive models for decision-making processes, whereas Abuzor, Lewis, and Tull (2018) note that the pharmacists in their study focused on looking at medical notes and laboratory results.as the basis for their clinical reasoning, whilst the nurses prioritised examining and interacting with patients.


As Abuzor, Lewis, and Tull (2018) note pharmacists’ reluctance to examine patients is a limiting factor upon their clinical reasoning skills in comparison to other prescribing clinicians such as nurses and doctors. This limitation is important to highlight as the General Pharmaceutical Council’s indicative content of pharmacist independent prescriber programmes requires pharmacists to learn clinical examination skills relevant to the condition(s) for which the pharmacist intends to prescribe for, including recognition and responding to common signs and symptoms that are indicative of clinical problems, including the use of common diagnostic aids for assessment of a patient’s general health status, such as stethoscopes, sphygmomanometers, tendon hammers, and examination of the cranial nerves. As such clinical examination combined with focused history taking, ensures safe prescribing practice, and thus should provide the fundamental basis of clinical reasoning for all prescribing clinicians, including pharmacists; otherwise a potentially serious impediment to the quality of clinical reasoning skills could occur (Simmons, 2010).


I know from my own clinical academic work supporting experienced pharmacists to become advanced clinical practitioners, as part of the General Practice Forward View (NHS England 2016), that they are often initially reluctant to move their clinical focus away from medicines management towards engaging in clinical skills that require interacting with and touching patients, such as clinical examination. However with encouragement, guidance, and practising under supervision in the University skills lab, and with appropriate support from mentors out in practice, pharmacists can also begin to develop the same positive attitude towards the critical necessity for clinically examining patients to essentially inform their prescribing decisions that nurse practitioners and doctors typically have. 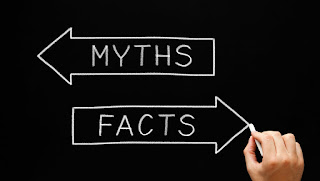 Myth 1: you must learn to write in English

Myth 2: you can only submit a manuscript twice

Myth 5: it is wrong to cite yourself
No comments: 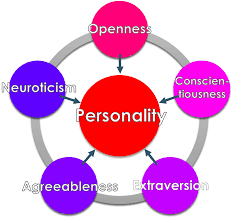 We all have different personalities and these seem to suit us to different jobs and to influence the way we respond in certain situations. So, how does personality affect the way nurses react to their jobs and what can we learn from this?

Nearly 200 nurses completed questionnaires about themselves, their jobs and also their personality. All aspects of personality and also pursuing outdoor activities were associated with 'compassion satisfaction' (i.e. how satisfied someone is with their caregiving) but people who were conscientious, agreeable and emotionally stable were less likely to experience compassion fatigue - akin to burnout. Lower emotional stability and being single were associated with compassion fatigue. The authors concluded: 'workplace support schemes for paediatric nurses that focus on the personality trait of emotional stability and increasing social connection to realize and deal with their own experience of compassion fatigue, may help avoid the possible exacerbation of compassion fatigue at work.'