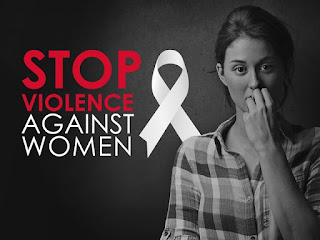 While the mistreatment of older people has received little attention in academia and by the public, the well-researched area of domestic violence also lacks adequate acknowledgement of violence against older women. Evidence confirms that older women are twice as likely to face mistreatment than older men. In the UK, a prevalence survey of elder abuse and neglect reported that 3.8% of women experienced mistreatment compared to 1.1% of men in the past year. Unfortunately, there is no study on the prevalence of elder mistreatment specific to ethnic minority groups; however, many studies indicate that marginalised Pakistani older women are at highest risk of mistreatment.

Language, education, status in culture and religion, and acceptance in society are some of the many factors that increase the vulnerability of older Pakistani women to violence and mistreatment. Many Pakistani women, when they first arrived in the UK, accompanying their husband, came here as dependants with no or limited education and a mindset to run the household and raise the children. This is based on my PhD research study. Many of these young women, turned older today, voiced that their limited ability to speak English, having no formal education, and restrictions on the mobility sanctioned by their partners deprived them of the outside world and had left them as isolated and a very vulnerable person. Besides, there are many other factors that limited older Pakistani women from interacting and mingling with the host communities such as differences in culture, lifestyle, and Islamophobia in the society. For many older Pakistani women, however, it is not all about interacting and mingling with the host communities, it is the loss of the well-developed and close-knit social support network that they had in Pakistan, they feel uprooted of and they are missing it here in the UK. This isolation and loneliness is leaving many older Pakistani women marginalized and vulnerable to mistreatment.

When asked which gender is more likely to face mistreatment? The answer often was: ‘who is more likely to live longer’. Not only do women live longer, they are also likely to suffer from long-term health conditions contributing to their dependence and vulnerability. Many older Pakistan women are not only living longer, but are living alone too, and the death of their partner, depending on children or others, and limited exposure to the outside world adds to the challenges they face in day to day life. Many studies confirm a higher rate of violence and mistreatment against dependent and weak women, where the perpetrator is more likely the offspring. In addition, the stereotypes among health and social service provider, such as “they look after their own” and “myths of return” darkens the spotlight on them in the mainstream care provision.

Apart from the risk of vulnerabilities, the barriers in reporting, such as acceptance of violence, language, and family pressures leaves older vulnerable women with no options than to embrace the violence and mistreatment. This lays a huge responsibility on service providers, community members, researchers and policy makers to understand, explore, and intervene appropriately to address the issue and empower and strengthen the support for weakened and marginalised Pakistan older women.