The American Nurses Association has declared 2017 the Year of the Healthy Nurse. In recognition of this, JAN has put together a special Virtual Issue, comprised of previously published papers addressing key areas of nurses’ health, including the connection between health, workplace participation and strategies nurses use to self-manage their health and well-being.

All the JAN articles in the Virtual Issue will be free to access until 12 November 2017:

Breastfeeding in the face of domestic violence 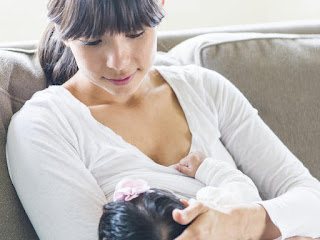 Can mothers continue to breastfeed if they are experiencing domestic violence? If so, what effects does it have on them? This was the topic of  an article from from Sweden by Finnbogadóttir and Thies-Lagergren (2017) titled: 'Breastfeeding in the context of domestic violence – a cross sectional study' and published in JAN aimed to: 'determine the differences in breastfeeding among women who did and did not experience domestic violence during pregnancy and postpartum in a Swedish context. In addition, to identify possible differences regarding breastfeeding between groups with or without a history of violence. Further, determine the relationship between exclusive breastfeeding and symptoms of depression'. Over 700 women resopnded to a questionnaire.

In fact, the majority of women experiencing domestic violence continued to breastfeed and this was no different from women not experiencing it. However, women who were depressed breastfed significantly less. This, of course, does not mean that women exeperiencing domestic violence did not experience difficulties with breastfeeding - but this was not part of the present study. It is still important to screen for domestic violence and also for depression. In conclusion the authors said: 'Not only is it desirable to recognize women who are exposed to violence but also crucial to identify and screen for depression in early pregnancy to give suitable treatment and support to those with symptoms of depression as the health of newborns depends on their mother’s mental well-being.

Yiou can listen to this as a podcast 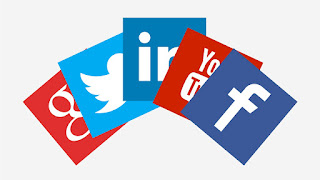 Nursing organisations and hospitals were slow to adopt social media and some hospitals even had Twitter accounts and Facebook pages while prohibiting their employees from making any mention of their work in their own social media pages. However, while employees are expected to behave responsibly, there is much greater recognition of the use of social media in nursing and healthcare. But can hospitals use social media to make themselves more attractive to potential employees?

An article from Belgium by Carpentier et al (2017) titled: 'Recruiting nurses through social media: Effects on employer brand and attractiveness' and published in JAN addresses this issue. The study on which the article is based aimed to: 'investigate whether and how nurses’ exposure to a hospital’s profile on social media affects their perceptions of the hospital’s brand and attractiveness as an employer'. Specifically, the study looked at one hospital's use of Facebook and LinkedIn to promote themselves and sent out questionnaires to nursing students and qualified nurses to look at how attractive the hospital was as an employer.

The results show that: '(n)urses’ exposure to the hospital’s Facebook or LinkedIn page had a significant effect on a majority of the employer brand dimensions' which included aspects such as image and attractiveness. Also, 'nurses who visited the Facebook page felt more attracted to working at the hospital. Most of these effects were mediated by social presence.'  In conclusion, the authors say: 'This study indicates that hospitals’ investments in social media can be justifiable because they can have a positive effect on potential applicants’ organizational attractiveness and employer brand perceptions.' 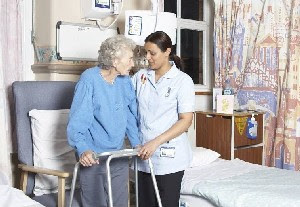 The length of patient stay was related to co-morbidities such as dementia and cardiovascular disease but lengths of stay (LOS) were reduced using Orthopaedic Nurse Practitioners (ONP) and '(the) cost-savings to the hospital over one year was $354,483 and the net annual cost-savings per patient was $1,178.' The authors concluded: 'This study has shown that implementation of the role of the ONP significantly decreased acute hospital LOS without increasing mortality or complication rates. Further research is required into interventions that optimize time to surgery, manage anaemia and co-morbid conditions, reduce complications and lead to improved patient outcomes.' 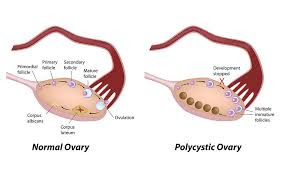 The aim of this study from the UK by Tomlinson et al (2017) titled: 'The diagnosis and lived experience of polycystic ovary syndrome: A qualitative study' and publised in JAN was to: 'explore the impact of the diagnosis of polycystic ovary syndrome on health/ill health identity, how women experience this diagnosis and their health beliefs'. Thirty-two women were interviewed and a range of concerns were identified including: 'general lack of empathy by the medical profession'; 'difficulty in accessing specialist referral'; 'lack of information from professionals' amongst other things.

The authors concluded: 'Women face a great deal of uncertainty as the diagnosis of PCOS is not straightforward and this leads to a view that the medical profession has little regard for the emotional and social consequences of their condition. However, from a medical perspective, the doctors also face uncertainty as there are many conditions that can mimic PCOS. These findings suggest that the experience of women with PCOS would be improved if their principal concerns were better addressed.'

Putting the ‘Physical’ Back into Nursing: Recognising Nursing as a Physically Demanding Occupation

We recognise that this study was focused on students, although Blake et al. (2017) recommend that the healthcare workforce needs strategies to increase physical activity for shift workers. This conclusion raises several questions about whether nursing students are representative of a nursing workforce, and, whether data from nursing students were collected during clinical placement. Interestingly, in addition to nursing students, Registered Nurses (RNs) have also been identified as not meeting the national physical activity guidelines through their leisure-time physical activity (Naidoo and Coopoo 2007, Ahmad et al. 2015, Jung and Lee 2015), leading to a national focus on promoting nurses’ engagement in physical activity (National Insititue for Health and Care Excellence 2015). However, many of the claims that nurses do not meet physical activity guidelines and calls for increased physical activity among nurses are based on leisure-time activity alone. Given that a considerable proportion of waking hours are spent at work (Kikuchi et al. 2015), it is potentially misleading to conclude that strategies are required when occupational activity is not captured.

Although a lack of time and tiredness are consistently reported as the barriers to physical activity by both nursing students and RNs (Blake et al. 2017, Chin et al. 2016, Jung and Lee 2015), there is variability in the drivers of these barriers for physical activity. Nursing students are required to balance study, work and clinical placements that may or may not involve shift work (Blake et al. 2017). For RNs, lack of time is most likely the result of shift work as they spend majority of their waking hours at work (Kikuchi et al. 2015). Shift work also causes tiredness as sleep patterns are disrupted, yet this is further compounded by the physical demands of nursing work (Chin et al. 2016). Nursing involves several physically demanding tasks such as cardiopulmonary resuscitation, transferring patients, and pushing beds and wheelchairs. Studies have shown that in one shift nurses can lift up to 1800 kilograms (Babiolakis et al. 2015), maintain a high heart rate (51-64% maximal heart rate; Chen et al. 2011), and walk over 15,000 steps (Wakui 2000) or up to 8 kilometres (Chen et al. 2011). These physiological measures suggest that nurses are engaging in high amounts of physical activity through their daily duties and, are potentially meeting physical activity guidelines through their occupational physical activity. It is therefore too early to conclude that workplace physical activity interventions are required to increase nurses’ leisure time activity when little is known about nurses’ physical activity during a shift and the interaction between different domains of physical activity is poorly understood.

Nursing has been described as a physically demanding occupation. Yet despite the predominance of nurses in healthcare delivery, the ‘physical’ aspect of their work is poorly understood. A detailed understanding of nurses’ occupational physical activity using robust, valid measures is lacking. In order to ensure that nurses can provide the best care to their patients, there is an urgent need to understand the physical demands of nursing work.

Babiolakis, C.S., Kuk, J.L. & Drake, J.D.M. (2015) Differences in lumbopelvic control and occupational behaviours in female nurses with and without a recent history of low back pain due to back injury. Ergonomics, 58(2), 235-245.

CEO, Center for Econometric Optimization in the Nursing Workforce, Seoul 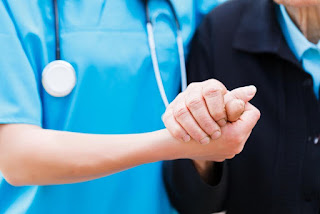 How can we achieve value-based nursing care resulting from improved quality yet reduced cost? We long for the best point of leverage balancing quality and cost; however, most studies seem to still present fragmented “snap shots” of the phenomenon of interest. We should be mindful of this because an unclear picture may lead to muddled policy-making. In this regard, I proposed a theory entitled “Park’s Optimized Nurse Staffing (Sweet Spot) Estimation Theory” which explains “the inter-relationship in the continuum of changes between quality of care and cost, in particular, as they relate to nurse staffing.” The study “Optimizing staffing, quality and cost in home healthcare nursing: Theory synthesis” (Park 2017) is published in JAN.

I took note of inconsistent and non-conclusive evidence on both quality and cost in home healthcare, gaining insight into the limited theoretical basis on the dynamics between quality and cost that such evidence must be built upon.


My theory could significantly impact nursing workforce policy-making to ensure optimal patient care relative to cost. “Not only does it address a timely issue – i.e., the balance between quality and cost – in the healthcare delivery system, but it is also applicable, durable and valuable due to the fact that Park’s Optimized Nurse Staffing (Sweet Spot) Estimation Theory can be used to determine the sweet spot among quality, nurse staffing and cost in any healthcare/research setting” (Park 2017). Innovation in the healthcare delivery system as well as advancing nursing practice in real-world situations would be ultimately achievable. 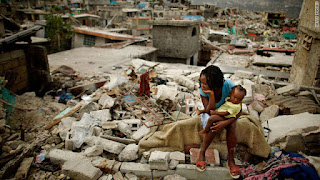 Disaster leads to disaster - at least, that's the case for adolescent girls after a natural disaster, according to a study from the USA by Sloan et al (2017 and published in JAN. The article is titled: 'Experiences of violence and abuse among internally displaced adolescent girls following a natural disaster' and was based on a study following the 2010 earthquake in Haiti.

Can you imagine losing your home and possibly your whole family as an adolesecent girl in the wake of a devastating earthquake and ending up homeless, hungry and alone? Could anything be worse? Well, in the case of adolescent girls in Haiti, it could and it did. The study set out to: 'describe the physical, psychological and sexual violence among internally displaced adolescent girls following the 2010 Haiti earthquake.' Computer assisted self-interviews were used to collect information between 2011-2013. The majority of the 78 girls who responded reported some kind of abuse - including sexual - at the hands, often, of boyfriends or other family members. It should be noted that such abuse was reported prior to the earthquake and, due to the low response rate to questions about abuse prior to the earthqaake, it was not entirely clear if there had been an increase.

In conclusion, the authors say: 'The findings from this study are important because they increase our understanding of violence against adolescent girls who were displaced from their homes and separated from their immediate families following a catastrophic natural disaster' and '(T)he results from this study suggest that there are many areas that organizations, foundations and governments can address in the future. Interventions and policy initiatives for adolescent girls should include education that increases their awareness of their vulnerability for gender-based violence as well as strategies for self-protection.'

Listen to this as a podcast