Violence against women: the scope of the problem (25 November 2016) 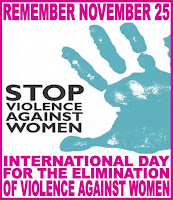 Violence against women (VAW) and girls is a pandemic affecting millions of girls and women across the globe with no distinction between culture, religion, social class, income or education.

The United Nations (1993) defines VAW as ‘any act of gender-based violence that results in, or is likely to result in, physical, sexual or mental harm or suffering to women, including threats of such acts, coercion or arbitrary deprivation of liberty, whether occurring in public or in private life’ (General Assembly Resolution 48/104 Declaration on the Elimination of Violence against Women, 1993). It happens in public as well as private space. It happens at home, in the street, in the office, in peace and in war. It takes many forms, including physical, psychological and sexual abuse. It affects girls and women of all ages, in the form of female infanticide female genital mutilation, child marriage, grooming, trafficking, forced marriage, honour killing, domestic violence and intimate partner violence. VAW is associated with grave physical, emotional and mental health consequences. It not only has an impact on the lives of women victims of violence but also has negative impact on children and families.

In the past few decades, a lot has been done to highlight the issue and to attract the attention of policy makers and practitioners at national and international levels. As a result, many countries have developed laws against VAW; however, implementation of such laws remains challenging. There is a need to change societal and cultural norms, which do not condemn VAW. There is a need to mobilize people in every walk of life to play their role in prevention of VAW.

25 November is celebrated as an International Day for the Elimination of Violence against Women. This year, the United Nations has invited the world to an ‘orange your neighbourhood’ campaign with ribbons, flags and events for 16 days. The ‘16 days of activism’ will end on 10 December 2016 on Human Rights Day.

The special focus for this year is prevention. Health care professionals, especially nurses, can play a very important role in this regard, as they provide health care services to people in various settings in all health care systems. Recognizing this and to highlight role of nurses and health care professionals and to play our part in ‘16 days of activism’, JAN has decided to run a series of JAN interactive entries from 25 November -10 December 2016 followed by the launch of a special virtual issue of JAN on 'violence against women'. I am privileged to contribute to this activity. During the 16 days, through interactive blogs, we will explore various issues related to VAW. Expert health care professionals, researchers and academics from various disciplines and settings will share their views about aspects of VAW. We will explore intimate partner violence, its aspects (physical, sexual, psychological) and its impact. We will look at the issue of sexual and street harassment, acid violence, honour based violence, forced marriages, female genital mutilation, impact of violence on children and adolescents. We will also explore experiences of women from minority ethnic communities, VAW affecting women in old age, the role of men in reducing VAW, violence against men, the role of health care professionals and future research priorities, I look forward to the coming 16 days and hope that my colleagues will be able to contribute to these activities by sharing their views.