1. Why did you become a nurse?
I had the experience of working as a nursing auxiliary when I was an undergraduate student at The University of Edinburgh.  I did this for four summers working a total of 12 months.  The hospital was a large ‘Goffman-esque’ total institution for people with learning difficulties where many of the staff lived in the grounds and were quite as institutionalised as the patients.  But the grounds were pleasant and the wards consisted mainly of stand-alone buildings scattered throughout.  I worked for two of those years with older people, some very disabled.  The work was very heavy, the hours were long, I look back with some distress at some of the nursing practices but I have to say that I really enjoyed the work and was very happy there.  I completed my degree in Biochemistry and decided that if I did not get a place as a PhD student I would train as a nurse.  However, I got a place to study a PhD at the University of Sheffield and forgot about nursing. I reached a personal crisis at the end of my PhD as I did not know what to do - I had no intentions of continuing with laboratory work with which I had been quite bored and unhappy - and the idea of nursing came back to me.  I enrolled on the shortened course for graduates at St George’s Hospital in London and there ensued some of the happiest years of my life.

2. Why did you become an editor?
I entered the process of editing very early in my academic career when Jim Smith, Founding Editor of JAN, invited me to join the editorial board.  I loved the privilege and the work and learned as much as I could about writing, editing and publishing.  Jim largely taught me how to write concisely and to check all my facts before committing them to writing.  I stepped over the mark once in writing about taxation, national insurance and the UK National Health Service; Jim’s marginal remark in his thick pencil - along with the copious crossings out and re-positioning of phrases that Jim was generous with - was: “you don’t really know much about social policy, do you?”  He was right!  But Jim gave me my first column, the Book Reviews column, and largely let me develop that as I wished and it later became the Media Reviews column as other forms of published material became available electronically.  I knew that editing was going to remain with me for the rest of my career and when the JAN Editor-in-Chief job came up after Jane Robinson’s retirement, I applied...and failed; Alison Tierney was appointed but I was then offered the Editorship of JCN.  I must have done something right because JCN went from six yearly to monthly, the impact factor rose, JCN became and remains the largest academic nursing journal in the world and I was able to grow the team and reach the lofty heights of being the Editor-in-Chief.  However, when the Editor-in-Chief position at JAN became available again on Alison’s retirement, I applied and was appointed to what I consider to be one of the most privileged jobs in nursing.

3. What is the best thing about being an editor?
My colleagues have pointed to being able to see the best nursing research and scholarship first and to have a hand in shaping it.  I like that but I also like that being the Editor-in-Chief of two such prestigious journals: JCN and JAN, has raised my profile internationally and I now spend a great deal of time working out of the UK specifically as a result of my editing work.

4. What makes JAN unique?
Several things: It was one of the first of its kind; in these days of specialisation it remains generic; the name has always attracted comment and even misunderstanding which is good - JAN gets talked about and you get the chance to explain what we are about to people. Of UK-based academic nursing journals, JAN has really pioneered expansion in North America as well as other regions of the world.

This is a paper I noticed at submission and passed on to an editor hoping it would survive the review process.  The paper is in my own field of study, the difficulty older people have with eating and drinking, and it struck me as being a good study methodologically and one with real clinical implications and potential impact.  They were also kind enough to cite my own work - twice! - including a previous JAN paper.  However, I only noticed this after the editor had recommended acceptance as I had only, previously, read the abstract.  The study is also multidisciplinary, involving nurses and a doctor; it is great to see the medical profession taking an interest in this aspect of care and to see nurses and doctors working together.  The study reports a randomised trial of how well older people with dementia drink either from an ordinary beaker compared with drinking through a straw.  When I was in clinical practice I never thought straws were all that effective and they were also infantilising; I hate the things myself.  Guess what? The study shows ordinary beakers are more effective.

6. What advice would you give to an author?
Follow the ‘four rules’ of writing: read the guidelines; set targets and count words; seek criticism; and treat rejection as the start of the next submission.

7. What advice would you give to aspiring editors?
Do it, take the chance if offered; if not seek out the chance by reviewing for journals, joining editorial boards and applying for editorships. We don’t have enough people who are interested and we need more.

8. What annoys you most about poor manuscripts?
Ones that do not follow the guidelines; if I open up the file on Scholar One marked ‘Abstract’ and the abstract is a short single block of text without our prescribed set of headings then nothing can save it.  If the author has not bothered to consult the guidelines and even to check an issue of JAN to see how we do this, then they do not deserve to be considered.

9. What are the main challenges for nursing in the next decade?
The main challenges are the ones that are global and these are: the ageing of the nursing workforce; the pressure to assume advanced roles; and the organisation of nurses to respond quickly and effectively to natural disasters.

10.Who do you recommend to follow on Twitter?
Naturally, I recommend JAN and then our editors who are on Twitter: Mark Hayter; Jane Noyes; Lin Perry; Rita Pickler. Also, in terms of the publishing industry and nursing I recommend: Wiley Nursing and a whole range of other Wiley sites; the Committee on Publication Ethics (COPE); and other sites concerned with publication standards such as the CONSORT Statement and the PRISMA Statement.  Finally, for a giggle each day at 1pm (except Sundays) I recommend The One O’Clock Pun from Edinburgh (e.g. “A man was arrested for stealing an Advent calendar; he got 24 days”). 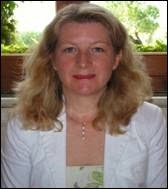 
1. Why did you become a nurse?
It’s a bit of a long story! I originally wanted to go to university straight from school but grew up in a family where no one had previously been to university and the expectation was to leave school, marry young and ‘settle down’. ‘Settling down’ when still a teenager wasn't exactly high on my agenda so I decided to stay on at school and complete the exams required for university entrance. I then left home to train as a nurse at the top nursing school at the time – the Nightingale School of Nursing at St Thomas’ Hospital, London. I had an absolute ball and once qualified set off on travelling the world and developing my own career and future.

2. Why did you become an editor?
I was lucky enough to pursue a clinical career at some of the top hospitals in London and then gain experience of working with top global clinical academic children’s research teams. I was both undertaking research and using research evidence to pioneer new innovations such as nurse-led care and services for children with complex needs. I was encouraged by medical colleagues to study for a Masters degree at the University of Manchester. My supervisor was Professor Christine Webb, former editor of the Journal of Clinical Nursing and JAN. I had a good role model, and once immersed in academia I couldn't stop reading and writing – so becoming a journal editor was a natural next step.

3. What is the best thing about being an editor?
My clinical focus is child health and I have always felt that children's research should be reviewed and managed by someone with children’s knowledge and experience. Like many child health researchers who seek to publish their work in generic academic journals, I've had my share of peer reviewers who think that children can be conceptualised in the same way as autonomous adults. If there is one contribution that I want to make to editorship it’s enhancing the quality of published children’s research by trying to ensure higher quality peer review.

4. What makes JAN unique?
JAN was a pioneering UK-based academic nursing journal, it’s stood the test of time, evolved and currently has the largest reach, readership and download figures. Just looking at the download metrics is awesome – no other journal can match JAN.

5. What is your favourite paper published in JAN this year and why?
I trained at the original Florence Nightingale School of Nursing at St Thomas’ Hospital well before Kings College London laid claim to her legacy and School. I was therefore both fascinated and horrified to read Lynn McDonald’s discussion paper on Mary Seacole and Florence Nightingale. I could not stop reading until the last impassioned word!

6. What advice would you give to an author?
Read and follow the journal guidelines, ask experienced colleagues to review your work prior to submission, respond positively to constructive feedback, learn how to deal with uninformed feedback, reflect on the reasons why your work is either accepted or rejected.

7. What advice would you give to aspiring editors?
Read a lot, write a lot, travel a lot to understand different nursing contexts, cultures and health systems, learn to speed read, and be prepared to spend a lot of time editing manuscripts for which you receive lots of deadlines, little reward, but a wealth of excellent experience in editorship and authorship.

8. What annoys you most about poor manuscripts?
The authors have wasted their time in submitting a manuscript that is never likely to be published.

9. What are the main challenges for nursing in the next decade?
Having to work until we are nearly 70! I cannot imagine having the required energy levels and stamina to run around wards looking after patients long after I had originally planned for retirement at 60!

10. Who do you recommend to follow on Twitter?
The very few people who have something innovative, informative or interesting to say…